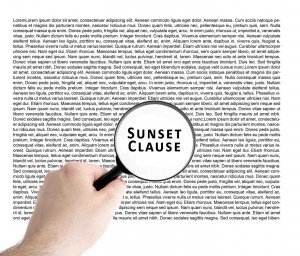 sunset
clawback the latest development that you need to know

Need
Advice with
a legal Issue?

sunset clawback the latest development that you need to know

New laws being introduced this month by the NSW Government will require justification by developers who employ any sunset clause when terminating any off-the-plan sale. The cases will be heard in the Supreme Court when purchasers have not given their consent.

Recently, a wave of buyers launched cases against developers that rescinded contracts using sunset clauses and left the buyers only with their original deposit. The developers priced the buyers out the market reselling the properties at a higher price.

A group of thirty-four buyers lost their class action filed in a bid to stop a developer from cancelling their contracts for apartments located in Wolli Creek. Also affected were buyers in Penrith, Kellyville and Werrington.

Feedback from consumers and buyers has now been requested by the NSW Government in a bid to determine the scope and severity of the situation. In the 3-week public consultation, 639 individuals have come forward. Victor Dominello, the Minister for Innovation & Better Regulation for NSW said. “We have listened to the concerns of the citizens and the NSW Government is taking action.” He also stated that they are committed to protecting the purchasers right who buy off-the-plan properties, therefore maintaining certainty in the property market.

It is however noted that that legislation proposed will only apply to contracts made after, or still in the process of operation, the law is in effect; it will not be retroactive.

The Wolli Creek buyers’ group have launched an intention to appeal since the reform action will not benefit them. The appeal will give them until January to determine their best options to resolve their case. A group member responded by saying the announcement was great but doesn’t apply to them. They will be taking a momentous risk by going through the process of appeal with no guarantee they will get their homes. According to them, justice will only be served if they win their appeal.

Other sentiments echoed by other groups claim that although the proposed updated laws are a public win, the Australian dream of home ownership has degraded for them since they have been left without any form of justice. Another buyer stated they all had to sacrifice personally and financially by having years worth of savings tied up for the deposits, as well as legal costs. He was disappointed that the practice still has not stopped even having lost the case. Additionally, the group was ordered to pay the developer’s legal costs and could also face a damages claim as a result of lost rental income.

Mr Dominello has said the NSW Government is now putting developers on notice now going forward, using a sunset clause for profiteering at the expense of the buyer, “They do so at their own peril”. He also stated that the majority of developers do the right thing and are reputable and that the entire industry is vital to the state’s economy.

NSW’s Urban Development Institute of Australia chief executive Stephen Albin has said the devil is in the details of the legislation. He also mentioned that it appears the government has struck a balance that is right. He also stated the importance of providing better buyer protection and right of refusal as well as removing those people that are not adhering to good faith business tactics in the industry.

Mr Albin also said an initial concern was that the changes could affect the developers’ ability to obtain financing. He then went on to say that, the Australian Bankers’ Association has given no indications of any such issue. In addition, he said that the 639 submissions in 639 developments represented less than 2.3 percent of the market which are within industry margins.